What type of education are you looking for?

Please indicate your preference below:

Who is the course for?

What is your availability for lessons?

Please fill in the details below:

Having started from a young age herself, Boglarka firmly believes that it is important to pass on the knowledge that she has acquired to the next generation of aspiring young musicians.


Educator Based in Birmingham, UK

Violinist in BCMG NEXT course

A spark of passion for music ignited by Bizet's Carmen led me to pursue a career as an artist from a young age. Originally from Hungary, I also call Israel home. Music-making has subsequently taken me to many countries. I am currently based in Birmingham, England.

I have a particular passion for contemporary music and, as such, often play with the Birmingham Contemporary Music Group. Through this ensemble, as well as through my work with the NEXT ensemble, I have had the opportunity of working together with some of the world's most renowned contemporary composers and musicians such as Brian Ferneyhough, the Arditti Quartet, Marton Illes, Alexandra Greffin Klein, Ensemble Court-Circuit, Rebecca Saunders and Andrew Hamilton, from whom I was given the privilege of performing the UK premiere of his piece titled 'WALDO' at Royal Birmingham Conservatoire on Birmingham Record Company day, which was recorded live for the 'Hear and Now' series on BBC Radio 3. I was also invited to play as a guest artist in a new project of modern music called Metronóm in Hungary and performed a delightful program featuring works by Gyorgy Kurtag, Lajos Sari, Andras Gelleri and Adam Baraz.

I have performed extensively as a soloist and as a chamber musician at major international festivals and masterclasses throughout Europe and Asia, including the Budapest Spring Festival, Keshet Eilon, Sommerakademie PragWienBudapest, Lichfield Festival, the 11th International Music Festival in Moscow and the Birmingham International Piano Chamber Music Festival to name a few.

I have won numerous awards, including 2nd prize at the Kovacs Denes National Competition, 1st and Grand prize at the International Music Arts Festival in Balassagyarmat, award for excellence at the National Erno Dohnanyi Chamber Music Competition, 3rd prize and special prize for the best performance in contemporary music at the National Ede Zathureczky Competition, 2nd and special prize for her performance of the János Vajda solo sonata at the National Wieniawski Violin Competition. Aside from my solo engagements, I enjoy exploring orchestral works, and recently I was invited as a guest to lead orchestras such as the Solihull Symphony Orchestra and Orchestra of St. John, Bromsgrove. I also play with the Philharmonia Orchestra in London.

I completed my master's degree in violin performance in the class of Professor Eszter Perenyi and Adam Banda and graduated with the highest honours from the Liszt Academy of Music in Budapest. During my studies in Hungary, I made my concerto debut performing Bartok 2nd Violin concerto with the Savaria Symphony Orchestra conducted by Gergely Madaras. I also received a full scholarship to study with Irina Svetlova at the Buchman-Mehta School of Music in Israel, where I also had the privilege of working with Zubin Mehta. I completed a personal study programme at the Royal Birmingham Conservatoire with Professor Wen Zhou Li and Oliver Wille, for which I was awarded a generous scholarship provided by the Joseph Weingarten Memorial Trust. I have taken masterclasses with Ani Schnarch, Michael Frischenschlager, Ulf Schneider, Giovanni Guzzo, Zachar Bron, Jan Repko, Yair Kless, Nicola Benedetti, Chai Liang, Hagai Shaham, Barnabás Kelemen, Péter Lissauer and Ilya Kaler. I firmly believe that it is important to pass on the knowledge that I have acquired to the next generation of aspiring young musicians. Along with private one-to-one lessons, I have also given masterclasses in the Adam Gyorgy Castle Academy.

I am performing on a violin by Cuypers from 1797, kindly on loan to her from the Harrison-Frank Family Foundation. 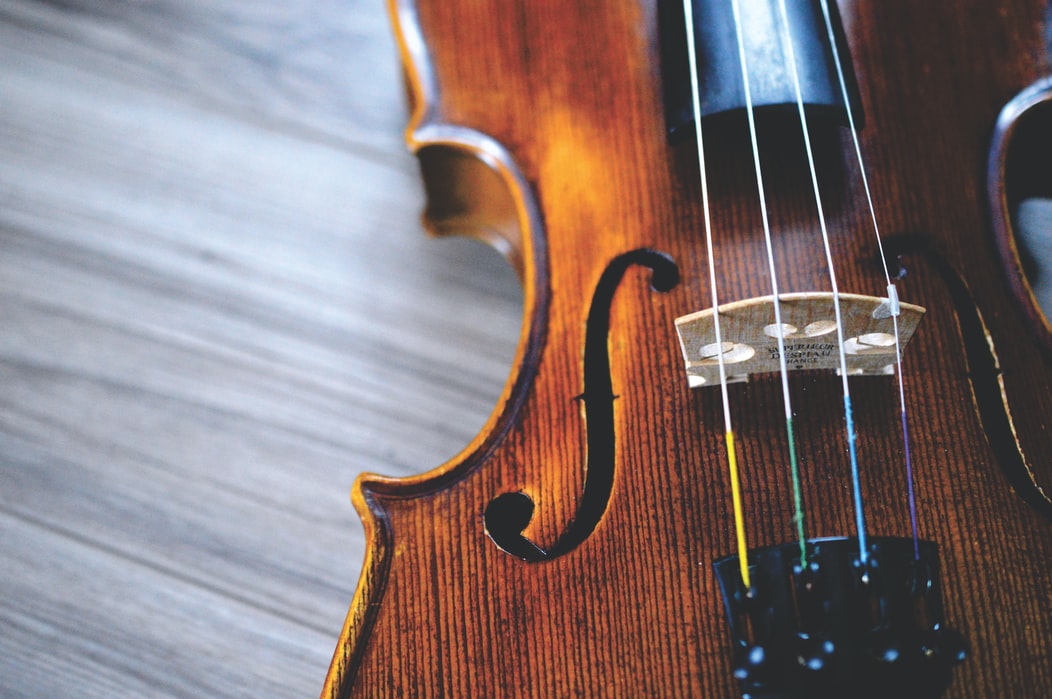